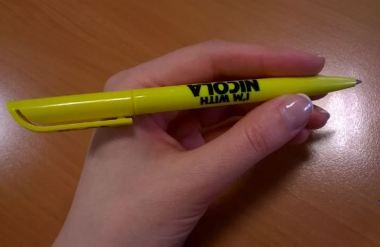 IT’S a terrible time to be a policy nerd. Or a thrilling one, depending on your perspective. In normal circumstances, people’s eyes tend to glaze over when you start talking about things like sample sizes, third-variable problems and the difference between correlation and causation. But in the fevered climate of Scotland in the run-up to an independence referendum, people actually care. Not about those actual boring details (don’t be silly), but about whether you are Yes or No.

Are you No to baby boxes and Yes to police mergers? No to standardised testing in schools and Yes to building lots of new student flats? If so, your position can’t have anything to do with evidence – everyone knows the evidence says whatever you want it to say – so you must have an agenda. Perhaps you hate babies and want to commit railway crimes. Maybe you don’t want kids learning to read, or students living next door, for fear they might start plotting to have the rest of us euthanised for letting the world get into such a guddle.

Suggesting a piece of legislation is a bit of a dog’s dinner is not the same as saying the people who drafted it are too wee, too poor and too stupid to tie their own shoelaces

But seriously. It’s time we all agreed that a Yes supporter criticising an SNP policy is not guilty of treason. That suggesting a piece of legislation is a bit of a dog’s dinner is not the same as saying the people who drafted it are too wee, too poor and too stupid to tie their own shoelaces. The question of whether Scotland should be an independent country is unrelated to the question of whether the Scottish Government is doing a perfect job of governing right now. After independence, the SNP will surely cease to exist in its current form and the party-political cards will be thrown up in the air. Scotland will therefore, in theory, be able to look at everything afresh.

Except that we won’t really. Decisions made now will reverberate into future decades, particularly any decisions made at what the political science geeks call “critical junctures”. Genies cannot always be put back into bottles. What has been merged cannot easily be unmerged. What has been joined by Nicola Sturgeon, let no man put asunder.

Any time you hear someone say that a proposed new law will ‘send a powerful message’, it’s worth asking what else it will do

After 10 years in power the SNP have become increasingly fond of symbolic legislation, which is easy to recognise from the way in which politicians and other stakeholders talk about it. Any time you hear someone say that a proposed new law will “send a powerful message”, it’s worth asking what else it will do. If it will criminalise people, it’s worth asking whether that’s really such a good idea – even if asking this question means deviating from an “SNP good” script.

It would take a brave soul to suggest, for example, that criminalising what’s known as coercive control might not be the most effective way to reduce domestic abuse. After all, who doesn’t agree that this cumulative process of crushing another person’s spirit – by belittling them, policing their behaviour, cutting them off from outside support – is horrifying? Surely it must follow that the correct response to it must be to prosecute and punish those responsible?

There are multiple problem with this logic. The first is that coercive control is so harmful precisely because it is so difficult to define. It is an insidious process; an accumulation of small actions that, taken on their own, may not sound like much at all. So drafting legislation that is broad enough to cover such actions collectively, but not individually, will be a considerable challenge. Then there’s the problem of gathering evidence of behaviour that takes place largely behind closed doors, with no independent witnesses, and that restricts the capacity of its targets to advocate for themselves. Lastly, there’s the problem of what to do with people who are charged, convicted and sentenced for such crimes. Lock them up? Tag them? Oblige them to attend rehabilitation programmes and trust they won’t manipulate those running them into thinking they’ve changed their ways?

Criminalisation of any undesirable behaviour constitutes a critical juncture, because subsequent decriminalisation risks sending a powerful message too: a message that actually, the behaviour in question is acceptable after all. The current impasse around drug policy should serve as a warning to any politician who fancies making their name by creating a new offence. Drug addiction is now widely recognised as a health and social problem that’s exacerbated by the criminalisation of those afflicted, so if we were starting from scratch today our drug policies would surely look very different. Instead, we’ve come so far down the criminalisation path that the crossroads is miles back, and the path itself has become overgrown with nettles. No-one seems quite sure what message we should be sending, let alone how to match that message with coherent policy action.

So-called “wicked” policy problems demand carefully considered responses, not headline-grabbing attempts to change the law that risk coming unstuck when subjected to scrutiny. “Sending a message” is no substitute for taking a long, hard look at the evidence and piloting unsexy responses like education programmes, policing strategies and public information campaigns.

Subjecting SNP policy proposals to scrutiny doesn’t undermine the independence cause. On the contrary, it helps challenge perceptions of the Yes movement as a cult of blind obedience in which details don’t matter because everything will be different after independence. Everything won’t be different. So it’s important that we get the details right now.