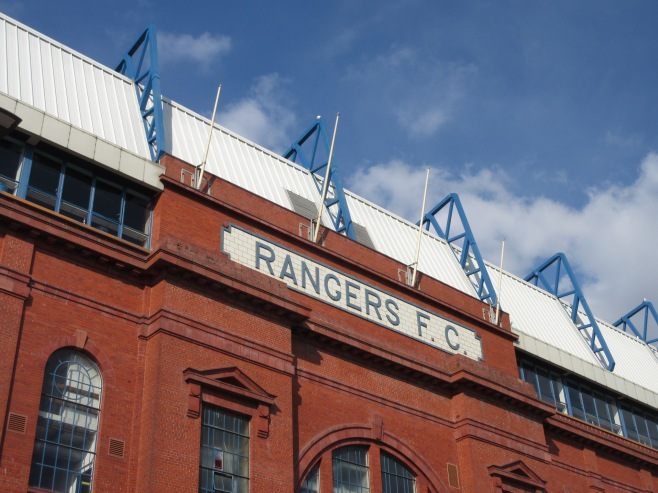 WE’VE all been missing the point. In the last three years, debates about the big issues – health, justice, the economy – have so often come down to the question of who really runs Scotland. Is it Holyrood? Westminster? Multinational corporations and wealthy landowners?

But we’ve been distracted from another key player, one that’s apparently powerful enough to trump all the rest: the Scottish Premier Football League.

This one corporation, accountable to the few dozen clubs that are its members and shareholders, can apparently do whatever it wishes, regardless of the potential or even inevitable impact on the Scottish public. If it wishes to stage an Old Firm game in the early afternoon of December 31, it can go right ahead. The rest of us just have to like it or lump it.

Personally, I not a fan of Hogmanay. The big build-up, the cringeworthy countdown, the random slobbery kisses and the freezing wait for a taxi home … give me a hot chocolate and an early night instead, and I’ll start the new year ready for anything. But I accept I’m a killjoy when it comes to this one night of the year, and that for many revellers the suspension of all the usual social rules is, well, something to revel in. It’s a time when friends and family gather together but also a time when the usual barriers between strangers are broken down. Of course drink plays a large part in this, but so does the spirit of goodwill that infuses the occasion.

In Glasgow this year, all of that will be compromised. This most Scottish of celebrations has been hijacked by the SPFL, which in turn is apparently jumping to the tune of Sky TV. Rangers and Celtic will meet just after noon on the 31st, so that the match can be broadcast live. A couple of hours later, those fans will spill out of Ibrox Stadium and start drinking. They will likely carry on drinking. For 10 hours or more.

Technically, Hogmanay is the one day when you can booze it up in the streets of Glasgow without fear of being fined. In reality, you can get away with this any time the sheer volume of antisocial behaviour makes it impractical if not impossible for the police to enforce the law. While it’s fair to say that anyone who chooses to live near a football stadium should expect heavy traffic, noise and inconvenience on match days, in some streets residents are effectively shut into their homes for hours after a game while football supporters – whether triumphant or belligerent – urinate in their closes, hurl bottles into their gardens and shout abuse at anyone who challenges them. Match-day arrest figures will never capture this disorder if police officers are not there to witness it.

The Scottish Government assures us that on Hogmanay, “policing of the match will be appropriate for the occasion”. That may be the case, but the match itself should be the least of their concerns. Those attending the football do not simply board their buses and go home when the full-time whistle is blown – though if they did, the spike in domestic violence reports would doubtless be even more marked around Old Firm games. Instead, fans flock to supporters’ bars and city-centre pubs to celebrate or commiserate, and sometimes to kick off.

At first glance it’s an odd state of affairs when those representing the pub and club sector are speaking out against an event that will encourage drinking. Of course, the Scottish Licensed Trade Association is representing the interests of its members – who fear a net loss of business as party-goers shun the city centre – but it certainly isn’t the only body to express concern about the Hogmanay game. Among others with misgivings are the Scottish Police Federation, the Royal College of Nursing Scotland, and everyone who believes that all involved with the Old Firm should get in the sea. That this minority interest should be allowed to blight a city that has worked so hard in recent years to shed its violent, drunken image is not just hugely frustrating, it’s also fundamentally undemocratic. If emergency services are stretched beyond breaking point this New Year and tragedy results, to whom will blame be apportioned, and how will they be held to account?

If emergency services are stretched beyond breaking point this New Year and tragedy results, to whom will blame be apportioned, and how will they be held to account?

The clubs and their fans will no doubt insist these fears are misplaced and that reports of match-day mayhem are overblown, pointing to those misleadingly low crime statistics and police verdicts of “good behaviour” that contradict clear video and photographic evidence. But if those who cause trouble really are a tiny minority, why can’t the majority police their behaviour? If fans are too scared to challenge the worst-behaved among their own numbers, how do they think outsiders feel when they have the share a subway carriage with them, or navigate past a crowd of them just to pop out for a pint of milk?

To any fans who’d like to prove they care about the communities in which their teams play, here’s a proposal: let’s see you out in Ibrox on January 1st. Clean Glasgow will provide you with bin bags, gloves and litter pickers in advance, and I’m sure someone can stump up for a pressure washer to hose down the stinking doorways. If the whole city is to be subordinated to your love of football, this surely is the least you can do.