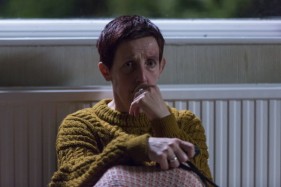 “REALISTIC” is not an adjective many would have used to describe the first two series of Broadchurch. I won’t spoil things for anyone still planning to watch them, but suffice it to say that writer Chris Chibnall is no Agatha Christie and his detective characters … well, they broke a few rules and missed a few clues.

But when the ITV show returned for its third and final series at the start of the month, it was accompanied by a chorus of pre-emptive praise. There was praise for the casting of an “ordinary” (read: unsexy) woman as the victim of a serious sexual attack. Praise for its accurate portrayal of police procedure (setting aside, one hopes, the bits with a shouty David Tennant). Praise for its emphasis on how seriously the police treat sex-crime allegations and for its challenging of rape myths. The subject is being handled so brilliantly, it is claimed, that a spike in rape reports is bound to follow.

All of which somewhat overlooks the fact that the storyline portrays an atypical case – an outdoor, apparently premeditated attack in which the victim was knocked unconscious and tied up.

The perpetuation of rape myths is most damaging to the types of cases that don’t suit Monday-night whodunnits. Rapes of wives by their own husbands, in their own beds. Rapes of women or men on dates. Rapes of children by trusted relatives.

It is in these types of cases that survivors are mostly likely to fear they won’t be believed, won’t be protected, or will be blamed for what happened because of where they went, what they wore, what they had to drink or who they’d had sex with previously. Cases where physical evidence is absent or lost. Cases where there were no witnesses. Historical cases reported years after the event.

When the case appears less straightforward, less black-and-white, that’s when the rape myths can creep in

This is why the “I Just Froze” campaign launched last week by Rape Crisis Scotland is much more important viewing than a ratings-chasing TV show. The average person – and therefore the average juror at a rape trial – will have nothing but sympathy for anyone who is beaten, bound and violated. But when the case appears less straightforward, less black-and-white, that’s when the rape myths can creep in. That’s when a defence lawyer can attempt to sow seeds of doubt about a lack of injuries, an absence of screams or shouts, or a delay between the alleged crime and the report to police.

“I always though if it happened to me, I’d fight back,” says the narrator in the first of the campaign’s two animated videos. “But actually, I just froze. I thought I’d scream and shout … but I literally couldn’t move.” The neurons in a cartoon brain, confronted with trauma, light up red. The second film asks the viewer how long they think it would take them to say out loud: “I’ve been raped.” Hours? Days? Weeks? Years?

If everyone in Scotland took just two minutes and six seconds to watch these two films, it could make all the difference to countless survivors

These videos aren’t just aimed at potential jurors, but at anyone in whom a rape survivor might confide. Rape is a horrible subject, and most us would rather not think about it at all, let alone ponder the details of what form an assault might take or how our bodies and brains might react to it. But if everyone in Scotland – and beyond – took just two minutes and six seconds to watch these two films, it could make all the difference to countless survivors. It could mean the difference between saying the right thing (“I believe you” “I will support you”) and asking the wrong questions (“Why are you only telling me this now?” “Did you try to fight him?”). Only about 15 per cent of those who are raped report it to the police, so in most cases the question or what a detective or a juror may or may not believe is moot. What will definitely matter is how a partner, a parent or a friend responds.

There’s an awful paradox at play when it comes to the reporting of sexual crimes, which Stirling University’s Professor Karen Boyle highlights in her current work analysing media coverage of the revelations about Jimmy Savile. The sexual abuse of children, in particular, is regarded as so unspeakably awful that anyone who is willing to speak about being a victim of it risks being viewed as somehow suspect or unreliable. The twisted logic goes that if you had really suffered something so degrading, the last thing you would want to do would be talk about it.

There’s no “right” way to respond to sexual assault, false claims are extremely rare, and the only person responsible for a rape is the rapist

Challenging rape myths – in the pub, in the office, in online discussion – is an essential part of this. It means taking the opportunity to remind others there’s no “right” way to respond to sexual assault, that false claims are extremely rare, and that the only person responsible for a rape is the rapist.

You might never hear a loved one say those heart-shattering words – “I’ve been raped” – but you could help shape the attitude of someone else who does. The impact of those two minutes and six seconds could last a lifetime.