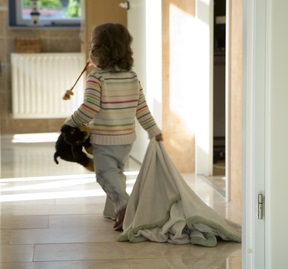 WHEN young carers make the news it’s usually for one of two reasons. Generally, someone will be calling for them to be better supported, someone will be praising their efforts, or it’ll be a combination of both. It’s rare – almost unheard of – for someone to be saying they shouldn’t exist. When support is discussed, it’s seldom suggested this should take the form of a paid, adult worker taking on a child’s caring responsibilities, and removing the need for them to be a carer at all.

The conclusions of this week’s report on the mental health and wellbeing of young carers – from the Children and Young People’s Commissioner Scotland, Carers Trust Scotland and Scottish Young Carers Services Alliance – include both negatives and apparent positives. On one hand are the alarming headline findings: one in four young carers has no help with their caring duties; the same proportion care for two or more people; and young carers report significantly more symptoms of ill-health than the general population.

On the other hand, the same research found young carers had higher self-esteem than their non-caring peers, and they like school more. Few of those surveyed took the opportunity to say they needed extra help, and those who did emphasised the importance of having people to talk to, rather than hands-on assistance. All of which sounds reassuring; indeed, a casual reader might even conclude caring is a boon rather than a burden for many of these young people.

But these benefits aren’t quite what they seem. It should come as no great surprise that those under-18s who keep households ticking over by cleaning, cooking, shopping and looking after their siblings have high feelings of self-worth compared to those who while away their free time Snapchatting, watching TV, lounging around aimlessly or, indeed, playing. Of course we want youngsters to feel valued, confident and proud of their contributions, but surely not at the expense of them being allowed to be children? Other routes to a self-esteem boost could include a part-time job, a Duke of Edinburgh Award challenge, or joining a sports team or orchestra. Crucially, these are all opt-in activities, whereas few young carers could be said to have chosen their caring roles. Many spouses don’t chose theirs either, but at least those who have pledged to stick together in sickness and in health recognise it’s a possibility.

The fact that young carers enjoy school might seem to balance out the fact that they have limited time to study and report high levels of disrupted sleep (more than half of respondents in the recent study said they sometimes had to get up in the night to provide care). But the report acknowledges this might be because school offers a form of respite and relief from the responsibilities of home. How sad to think that for some schoolboys and girls Shakespeare’s maxim is inverted, and it is towards home they go with heavy looks.

Then there’s the evidence that young carers don’t need help, or at least not much. After all, if they were really struggling they would tell the well-meaning academics, wouldn’t they? They could say caring was a rotten job and they just wanted a normal childhood, and then the policy recommendations at the end of the report might say this whole young carer business really isn’t on. But there are many reasons why young people are unlikely to say that, and why the true feelings and experiences of this population are likely to remain obscured.

For starters, there are estimated to be 29,000 young carers in Scotland but only a tiny fraction of those self-identify as such or access support services. Those recently surveyed were contacted via young carers’ groups, so are unlikely to be representative of this demographic as a whole. Many young carers don’t want anyone to know they care, or the extent of their caring, because they fear the consequences of letting on. Maybe someone will be angry with them. Maybe their parents will get into trouble. Maybe they’ll be taken into care. The “young carer” label might help assure them they aren’t alone, and that what they are doing is allowed, but it’s little wonder children themselves question the legitimacy of these arrangements. What’s surprising is that more adults don’t ask whether it’s right that young people are required to help their parents wash, get dressed or take medication before heading off to school in the morning.

It’s little wonder children themselves question the legitimacy of these arrangements. What’s surprising is that more adults don’t

It would be impractical and undesirable to take every duty of a young carer and assign it to a paid worker, but caring must be recognised for what it is: physical and emotional labour. It’s immoral to expect children to carry it out for free just because this keeps costs down for a local authority, or because a parent doesn’t like the idea of a stranger coming into the house.

I remember reading many years ago about a young carer who looked after her disabled mother as well as various siblings with special needs. She made the news because she was being recognised for her efforts, and her reward came in the form of book tokens. She posed for pictures smiling proudly in her school uniform, but the cruelty of the situation struck me: here was a child whose terribly unfair situation was being validated and celebrated in the most public way, being rewarded with the chance to buy books she would surely have no time to read.