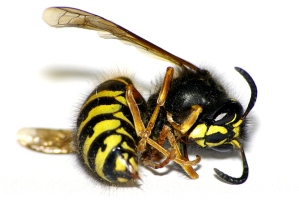 NUISANCES come in many forms. There’s the person gossiping on their mobile while you’re trying to read your book on the bus. The child kicking the back of your seat at the cinema. The wasp that won’t be wafted away from your picnic. No-one sails through life untroubled by such niggles, and for the most part it’s possible to keep calm and carry on. There’s no need to abandon public transport, cancel your cinema pass or swear off al fresco dining.

When it comes to telephone calls, however, one person’s nuisance is another’s life-blighting harassment. The phrase “nuisance calls” covers a multitude of sins, from Bart Simpson-style pranks and pushy sales calls to PPI pestering and full-blown scams.

This week Economy Secretary Keith Brown chaired the second meeting of the Nuisance Calls Commission, which focused on “empowering and supporting companies that want to do the right thing” while clamping down on those who persistently do otherwise. But with four in ten Scots reporting to Which? that they feel intimidated by unsolicited calls, is there really a “right” way to make them?

With four in ten Scots reporting to Which? that they feel intimidated by unsolicited calls, is there really a ‘right’ way to make them?

Campaigning action at both the Scotland and UK level rightly focuses on the most vulnerable victims, highlighting the fact that these calls are not just bothersome but can have serious consequences. Polite pensioners with landlines, spare time and a trusting nature can easily get drawn into conversation with a cold-caller carrying out a “survey” or claiming some kind of connection to a government scheme. At best this can leave them feeling foolish or gullible when they realise they are dealing with a sales rep – at worst it can leave them intimidated by a home visit, or being badgered into signing a contract.

Those who are too savvy to get sucked in are nonetheless obliged to take evasive action to escape the constant intrusion of a ringing phone. This might mean buying specialist equipment, signing up to blocking services or unplugging their phones altogether. This last option could potentially have life-threatening consequences, particularly when it’s an elderly person cutting themselves off from the outside world.

We know that firms change numbers, names and even countries of operation in order to keep spamming away

Communications regulation is a reserved matter, so it’s questionable how much the Scottish Government can do here, but with Edinburgh and Glasgow among the worst-affected cities in the UK it’s no wonder someone’s trying. Legislation passed two years ago at Westminster made it easier for the worst-offending firms to be prosecuted, and as a result one was slapped with a £350,000 fine for making a staggering 46 million calls. Mike Crockart, the former Liberal Democrat MP for Edinburgh West who campaigned doggedly on the issue, argued this didn’t go far enough and that a call blocking scheme was required. But is there really a technical solution to this kind of human problem? We know that firms change numbers, names and even countries of operation in order to keep spamming away, and the Telephone Preference Service has been ineffective for years.

What’s needed, surely, is a consumer backlash – a harnessing of people power to ensure these calls simply aren’t cost-effective for the companies making them. On top of this, we need evidence of the tactics we all suspect are being employed. In the time it has taken me to write these first 500 words I have received a nuisance call at home. The line was silent for several seconds (the research for Which? found silent calls are the second most common) and then I was connected to someone who said she wanted to make me aware of “a change in legislation” … but actually wanted me to take out a consolidated loan (debt solutions calls are the sixth most common, and presumably targeted by postcode). The woman was very polite, and readily took no for an answer, but often cold-callers simply hang up, interrupt or become rude and even aggressive.

It must be soul-destroying work, being dismissed and abused by strangers for hours on end

It’s easy to respond in kind to these faceless intruders into our personal space, buzzing in our ears and ready to sting those who get in a flap. But spare a thought for them, too: imagine what it’s like to be a professional nuisance. It must be soul-destroying work, being dismissed and abused by strangers for hours on end. And every call-back agreed, visit arranged or sale secured must be tainted by the sense that if someone is willing to engage, pressing on probably counts as exploitation.

No-one tells the school careers advisor they want to be a cold-caller, but we all have bills to pay and walking off a job is riskier than ever thanks to the threat of benefit sanctions. Blowing the whistle on an employer who uses immoral or illegal practices is riskier still – but it’s also the best way to expose the worst firms, short of a Dispatches-style undercover operation.

Perhaps the saddest impact of nuisance calls is their cumulative effect on how we interact with each other. Like the practice of charity mugging, it obliges us to actively fend off approaches from those we don’t know, and makes us increasingly cynical and suspicious of any contact with strangers. This mistrust undermines the efforts of callers with legitimate aims – such as academic researchers and polling firms – but it also fuels alienation. So let’s refuse to do business with firms that cold-call, but in doing so also offer a commiserating word to the callers. Just enough to let them know we regard them as humans, rather than wasps.