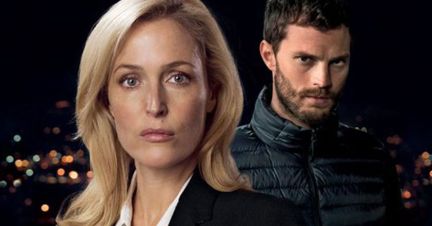 I loved the first series of The Fall. It was gripping, intelligent and had loads to say about gender, violence, power and control. On paper Detective Superintendent Stella Gibson might have been too flawlessly glacial to be true, but Gillian Anderson gave such a note-perfect performance that it worked.

It was a lot to live up to, and series two was a pretty big disappointment. The introduction of Katie, the Spector family’s former babysitter, not only strained credibility too far but felt cliched – everything the characterisation in series one was not. I agreed with Guardian writer Vicky Frost that Katie’s character, motivations and actions  “always seemed closer to a grubby male fantasy than any kind of reality”.

The series ended with Stella cradling a badly injured Spector after a somewhat contrived sequence of events that finally explained the need for a sub-plot involving local gangster Jimmy Tyler, who had been gradually working himself into murderous fury over Spector’s visits to his bruised wife.

That closing scene raised troubling questions about Stella’s feelings towards Spector – she seemed far more distressed by his potential death than she did in series one about the actual death of a policeman she’d very recently slept with, or indeed with the wounding of Tom Anderson, the detective she’d hand-picked to assist her with the case because she fancied him.

I was glad to see her directly challenged about her response during this first episode. She has an answer ready, of course – she ran to Spector rather than him because the former was more seriously injured, and because she couldn’t bear the thought of his escaping justice – but that’s certainly not how it seemed, and poor Tom isn’t buying it.

In the opening scenes Stella is as unruffled as we’ve ever seen her, riding in the ambulance to the hospital where both Spector and Rose Stagg – the former girlfriend he imprisoned in the woods – will be treated.

It’s obvious from the outset that Spector will survive: killing him off would be a massive betrayal of the viewers and leave the show with nowhere to go. Not that it’s clear where it can go now that he’s in custody and there are no more victims to rescue. The extended scenes in surgery don’t serve to create any tension – I’d have preferred if the viewers, like Gibson, had been denied access to the operating theatre and instead seen more of how the patient’s condition was being reported to others.

I liked the quiet scenes in among the chaos of emergency treatment, with Stella taking in the sight of a hospital cleaner calmly mopping up Spector’s blood – lots of it – and quietly removing the missing poster bearing Rose’s face. Less effective were the cheesy glimpses into Spector’s subconscious as his life hung in the balance. 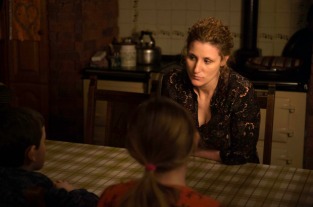 Poor Sally-Ann. I’d forgotten that she’d suffered a miscarriage while learning her husband wasn’t just a cheat but was in fact the Belfast Strangler. She now has the unenviable task of reassuring her children that their beloved daddy will be OK. Where’s a counsellor when you need one? Oh wait.

Meanwhile, Gibson is lurking around in the shadows at the hospital, watching as Tom and Rose Stagg are reunited and delivering a series one-worthy speech about the crucial difference between compliance and consent. This is what makes the writing in The Fall so strong – its socio-political message isn’t tacked on; it’s woven expertly into what could otherwise be just another police procedural. Gently but firmly, she tells Tom that Rose’s recovery depends on how he responds to what’s happened. “Be patient. Be gentle. Tomorrow’s another day.” Faultless.

There’s plenty more lurking to come. Stella not only sneaks her way into Spector’s room to stare at him for a while, but also saunters over to an elderly woman – presumably suffering from dementia, but maybe also recognising her from the news – and starts stroking her hand. Doesn’t this hospital have any curtains? Or spare nurses who don’t look exactly like Rose Stagg?

And … there’s Katie, throwing an anguished strop when she learns of Spector’s condition, then implausibly backing down and storming off to her garish boudoir when her mother reminds her of her bail conditions. She scrolls down a news story about the case, and there’s some horrible paralleling as Spector’s crafty daughter Olivia manipulates her way into a peek at her mum’s laptop and the very same web page. Will series 16 of The Fall see Olivia meticulously hunting down and killing icy blondes in silk blouses?

“I need something comfortable – something to talk to the press in”. You just know this is going to prove to be a silk blouse.

Similarly, when Jim assures his boss: “I can manage her, sir. I promise that,” you can bet she’ll become unmanageable before the end of episode two.

Do we know what was written on the papers Gibson left out in her hotel room? Did they have “I love Paul” scribbled all over them?

I can’t be the only one who thought Spector’s eyes were going to pop open when the lookalike nurse took the tape off them, or that he was going to rise like Michael Myers from that hospital bed and claim his next victim.