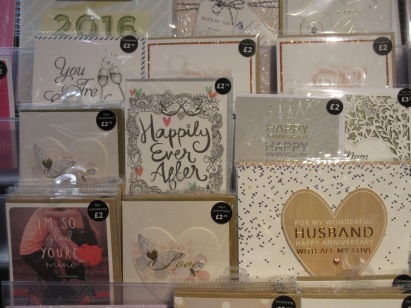 “WHY didn’t she leave him?” It’s a question many will have asked when reading about the relationship between Ben Butler, who murdered his six-year-daughter Ellie, and Jennie Gray, the child’s mother, who helped him cover it up.

The case is all the more incomprehensible given that the pair moved in together after Butler was first accused of harming Ellie.

That question tends to make those working in the domestic abuse field bristle. Not because they don’t have any answer to it – they have many – but because they doubt the intentions of the person asking it. When someone asks “Why didn’t she just leave?” it’s often a loaded enquiry, or a rhetorical question. It might translate as “Things can’t have been that bad”, “She went along with it”, or, worst of all, “She only has herself to blame”.

Of course it’s understandable that refuge workers, prosecutors and academics are alive to the prevalence of victim-blaming – after all, fear of being blamed (for antagonising him, for lying to the social worker, for failing to protect the kids) is one of those many reasons why that hypothetical “she” doesn’t just leave. Sometimes, as in the Butler/Gray case, the simple dichotomy of manipulative abuser/innocent victim is disrupted by criminal, morally reprehensible behaviour that may have occurred in a context of domestic abuse but cannot be excused by it. More often there are shades of grey.

It’s important to raise public awareness about the dynamics that trap women – and also men – in abusive relationships, but the rush to shut down any debate that strays off-message is dangerous. What if other factors, on one level simple and on another hugely complex, are being overlooked?

Let’s imagine another woman, in another relationship. What if she doesn’t leave him because she desperately wants to be in a relationship?

Let’s imagine another woman, in another relationship. What if she doesn’t leave him because she desperately wants to be in a relationship? She might believe this one is the only realistic option, especially if he’s managed to convince her no-one else will want her. What if she wants to lives as a family with the father of her child? The alternative – being a stigmatised single mum with an angry and unpredictable ex – probably doesn’t look very appealing. What if she thinks of her partner as her “other half”, with all of the stark indivisibility that phrase implies?

This isn’t victim-blaming; rather, it’s recognising that our choices are culturally conditioned. And, crucially, that widely accepted attitudes to romantic relationships help create the private space in which domestic abuse occurs.

What do we teach young people about relationships through the subtle and not-so-subtle cues in our language? We tell them these require compromise (but not how much); that a marriage is “hard work” (so divorce means you didn’t work hard enough); that maintaining a partnership is a mark of maturity, of social sophistication. Parents tell of their pride on a wedding day, because someone saying “I choose you” to their offspring is the ultimate character reference. In the face of all this, is it really any wonder that so many of those whose relationships turn abusive don’t “just leave”?

It’s a cruel irony that the relationships our society privileges above all others – the familial and the romantic – are those in which abuse is most likely to occur. But romantic relationships are opt-in, and they aren’t mandatory, despite what popular culture would have you believe.

You might be thinking this doesn’t have anything to do with you. Yes, you know people who are desperate to find and keep a partner, or to make their marriages work, or to co-create the specific intimacy of a team of two, but not at any cost. Not to the extent that they’d put up with abuse.

As a single woman – and particularly as a card-carrying feminist – it’s not easy to raise the alarm about signs of abuse in a friend’s relationship. “They’re in the honeymoon phase,” others will say, sometimes in a tone that suggests you don’t quite understand the concept, or human emotions more generally. “You’re paranoid,” they say, bemoaning your weird interest in all those doom-and-gloom books about gender studies. You’re jealous, they perhaps think, because not only has your pal bagged herself an attentive man but you’ve lost a buddy. You’re a woman down for cocktail night, or Sunday brunch, or whatever other deviant single-person activities you enjoyed together (or perhaps just pretended to enjoy because they made you feel like a character in Sex and the City rather than a tragic spinster).

We need to disrupt the dominant narrative about relationship status, and empower both men and women to be feel confident, capable, valued and empowered, with or without a partner by their side

We need to disrupt the dominant narrative about relationship status, and empower both men and women to be feel confident, capable, valued and empowered, with or without a partner by their side. Yes, violence against women is a cause and consequence of gender inequality, but gender equality isn’t going to be achieved overnight, no matter how many times that mantra is repeated at academic conferences. So what can we be doing in the meantime?

It’s simply not enough to wait for things to go horribly wrong, then offer refuge services for victims while prosecuting perpetrators. There are boys and girls growing up in Scotland right now who are learning about relationships from the adults around them. They must be the focus of nationwide domestic abuse prevention work – work that doesn’t shy away from asking difficult questions.