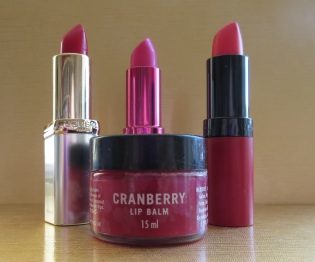 THE news that Bill Cosby is to face trial for sexual assault will have come as a blow to those fans who have been sticking their fingers in their ears and clinging on to cherished memories of “America’s dad”. In the UK we’re no strangers to sickening revelations about once-beloved TV stars, but we don’t really have our own Bill Cosby.

The importance of the show he created cannot be overstated, and not just because it brought a black family into white homes on an unprecedented scale. From the writing, to the acting (particularly by the youngest cast members), to the musical guest stars (Dizzy Gillespie, BB King, Stevie Wonder), it was a cut above. Not for nothing did it instantly become the most popular programme on American TV.

It’s the apparent mis-match between the protector he played on TV and the predator he’s alleged to have been in real life that has left so many heartbroken. But are the two characters really so incompatible?

Cliff Huxtable is fictional, but it’s safe to say Cosby wasn’t stretched by a role that was based on his own stand-up routines about family life. It’s the apparent mis-match between the protector he played on TV and the predator he’s alleged to have been in real life that has left so many heart-broken. But are the two characters really so incompatible?

Of all the scenes in all the episodes I watched on Channel 4 in the 1990s, there’s one that’s always stuck in my mind. Rudy, the youngest Huxtable, has a suspicious sheen to her lips. An interrogation begins, albeit she can’t quite get a word in edgeways. The charge she faces is the wearing of lipstick. She has her excuses ready but Cliff, having been through this with three older daughters, knows them by heart. “It’s lip balm,” he says, in a mocking impersonation. “So my lips don’t get chapped”.

The audience laugh. I was horrified. It didn’t matter that Rudy chuckled along and acknowledged her transgression. If Americans wanted this bully as their dad, I thought, they were welcome to him. It was the mockery that jarred at the time – I couldn’t conceive of my own father speaking to me that way – but when I reflected on it some years later, as I tried to remember why I’d never really warmed to the character, I was able to put it in context – the context of a father not just policing his daughters’ personal lives, but doing so with relish.

Cosby’s character would bumble around, embarrassing the girls or mugging in the background. But it was always understood that he was feared by any young man who crossed the threshold

That scene wasn’t representative of Cliff’s interactions with his children. Usually it was no-nonsense matriarch Clair, with her courtroom-honed speeches and deadly glare, who laid down the law. She suffered no fools, and certainly none who questioned the gender roles in her household (a doctor with a home surgery, it was Cliff who held the fort while Clair was in court). Generally, Cosby’s character would bumble around, embarrassing the girls or mugging in the background. But it was always understood that he was feared by any young man who crossed the threshold, and on occasion this was made explicit. When Vanessa brought home a fiance she’d kept secret for six months, Cliff waited until the end of dinner, lulled him into a false sense of security, then launched a deadpan verbal attack while his daughter sat in grim silence.

Not for Cliff the clichéd threats of violence to any young man he perceived as a threat to the honour of one of his girls. Instead he’d take them aside for a quiet word. In one episode he grilled another of Vanessa’s boyfriends about how close the pair had become (using a pair of apples as props); in another, he probed Denise’s new husband about the pair’s pre-marital sex life. As if the latter scene wasn’t uncomfortable enough, its context was a case of art imitating life. In 1987 the actress who played Denise, Lisa Bonet, had eloped with musician Lenny Kravitz – distinctly un-Cosby-like behaviour for a young lady. In 1989 Denise secretly got married in Africa to a man her parents had never met, and such was Cliff’s displeasure at being robbed of the chance to give her away that a re-run of the wedding was staged Chez Huxtable.

Behind the scenes, “creative differences” between Bonet and her bosses had been widely rumoured. She’d starred in a steamy thriller and posed for topless magazine photographs, after which her on-screen parents provided Ebony magazine with tributes to her talent and headstrong character. However, the article in which they featured ended on an odd note, which reads like a producer’s threat disguised as breezy editorial comment: “it is hoped that as Denise weighs the pros and cons of her independent actions, Lisa Bonet will also continue to mature”. The actress was the only cast member who refused to take part in a 2003 reunion episode of the show.

Any man who obsesses over the vulnerability of his daughters to sexual exploitation, even when they reach adulthood, denies their agency

Fans would argue that a couple of creepy scenes do nothing to detract from Cliff Huxtable’s status as the dad everyone wishes they had: loving, fiercely protective and funny to boot. But any man who obsesses over the vulnerability of his daughters to sexual exploitation, even when they reach adulthood, denies their agency. More tellingly, this behaviour suggests a default belief that every man is trying his luck, chancing his arm, constantly on the look-out for a situation where he can take advantage. Some might say it takes one to know one.

Cosby, an avowed authoritarian, has claimed that “people who don’t like Dr Heathcliff Huxtable don’t like – or don’t know – their own fathers”. He’s wrong. Not all men are like Bill Cosby, and the best fathers are not like Cliff Huxtable either.