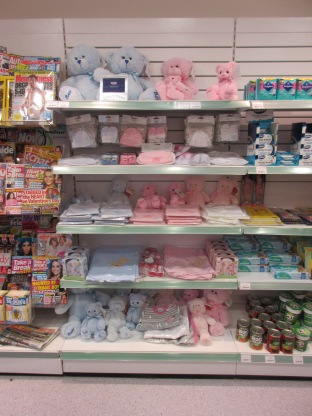 Approaching the maternity unit on foot from the main entrance, the first sign of something amiss is the security guard outside. He’s here to make sure a handful of people standing a hundred metres down the road don’t cross over into the grounds of the Queen Elizabeth University Hospital, where they do not have permission to be.

The actual vigil is impossible to miss if you’re arriving by car – and placards reading “Choose life” and “Pray for an end to abortion” prompt toots of approval from some of the drivers passing by, including one who makes the right-hand turn off Hardgate Road into the hospital.

There are no shock tactics here, just silent judgment from two men and two women standing in the cold. One wears a hi-vis vest, as if anyone was likely to miss her. When I approach, no-one speaks until they’re spoken to, and when a man with a tight-lipped smile addresses me as “sweetheart” his female companion subtly steers me away from him to explain their purpose in a quiet, measured voice. There’s no fire and brimstone here; no mention of sin or even of God. Instead she tells of the need to raise awareness of the “crisis of abortion”, and of “900 children losing their lives to abortion every month”.

Her language choice echoes that of Shawn Carney, the Texan who founded 40 Days of Life. While most of the group’s activities take place in the United States, it claims to have outposts in 25 others countries and Glasgow is one of seven that have popped up in Britain. The stated aim of the Lent prayer vigils is to “send a powerful message to the community about the tragic reality of abortion” and to serve as a “call to repentance” for those who provide or seek it. The Glasgow protesters say they’ve been praying for an end to abortion, but presumably the effectiveness of this has been limited, hence the need to target individual women visiting a hospital.

It’s clear the quartet – and the two more who join them later this frosty morning – have been well drilled for the vigil, which is scheduled to continue until the end of Lent. It would be difficult to make a case that they are directly harassing any individual, obstructing the pavement, or making too much noise. They have no gory medical photos on display, as have been seen in other US-inspired anti-abortion protests in the UK, and I’m offered no leaflets that might end up as litter, not so much as a bible passage. They are pretty much just standing there, holding their signs.

The maternity unit at the new Govan hospital is a welcoming place. Sunlight streams through the glass windows onto brown leather sofas and the place smells not of antiseptic but of rich coffee and breakfast rolls. Aside from the occasional woman with a bump, the main clue to its purpose is the selection of pink and blue bibs and bootees nestled in between boxes of Quality Street and copies of Take a Break in the shop. There are couples here, some with prams or toddlers in tow. The Royal Voluntary Service keeps the place ticking over. The atmosphere is relaxed, but there are also tears – a reminder that a pregnancy is rarely plain sailing for the woman involved or the loved ones supporting her.

A lot of different things happen in buildings like these. This unit contains a foetal medicine unit, operating theatres, a neonatal intensive care unit, rooms for expressing milk, counselling facilities and a dedicated delivery room for women experiencing a stillbirth or miscarriage. Women attending receive good news and bad, experience pain and joy, confusion, anguish and every emotion in between. Some have planned pregnancies, some unplanned. Some choose abortion, some suffer the loss of a much-wanted addition to their family.

Researchers have found that even if women are not directly approached by anti-abortion activities, they find their presence upsetting

The people with the placards cannot, of course, distinguish between these women. Their message – “Choose life” – is seen by all, including those who have had that choice removed from them in a brutally painful way. It’s hard to imagine these women and their partners will take much comfort from reading, in stark black letters: “Before I formed you in the womb, I knew you”. It’s little wonder that researchers from Aston University in Birmingham have found that even if women are not directly approached by anti-abortion activities, they find their presence upsetting.

40 Days of Life has promised a peaceful protest and that, on the face of it, is what Glasgow is getting, at least for the time being. It’s hard to picture hi-vis woman dashing across the busy road to accost a woman on her way into the hospital – not least because she would have no way of knowing which of many services that woman was there to use. But there is simply no way to police the conversations she or the others might have with those who cross over and not only engage with them but reveal details of their own situations. And no way to measure the unnecessary extra pain and distress their mere presence will cause to others who have no desire to speak to them, or see their placards, or be judged.

A version of this article first appeared in the Sunday Herald. You can read the online comments here and letters to the editor here, or start your own discussion below.