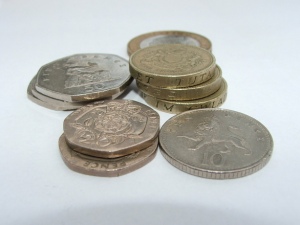 I’D forgotten all about the new Scottish Rate of Income Tax (SRIT), coming soon to a residence near you. In fact, I was beginning to think I’d imagined the whole thing, so confused were so many people – Yes and No supporters alike – when I kept mentioning that a pretty significant new power was already in the pipeline, and had been long before the Saltire business started booming.

I had my questions all ready for the after-dinner debates – Was it a trap? Was it workable? Would we use it? – but every time the response was much the same: we’re not certain of any new powers yet, it’s all to play for, and isn’t it marvellous how engaged everyone is? Look at us, talking about politics! Now what’s for pudding?

I don’t wish to rubbish the suggestion that Scotland has been invigorated by the referendum debate – it has been, and the high General Election turnout north of the Border shows the momentum has not been lost – but it’s fair to say those on both sides were guilty of ignoring some of the fine detail, particularly when doing so suited their cause. And let’s face it – “Yes” and “No” made for straightforward placards whereas “Let’s talk SRIT” just looks like a mis-spelled grunt of apathy.

If voters thought the Scottish Government was going to get meaningful powers over income tax in the near future, might that have changed how they viewed the two options on September 18?

So it’s no wonder Her Majesty’s Revenue and Customs are having to write to everyone, and then launch a campaign to target the kind of people who see “HMRC” on an envelope, briefly consider opening it and then toss it in a drawer in the hope it’s just some kind of thank-you note. This is a major change, which is likely to prove a major administrative headache for HMRC even if the net result is that income tax remains exactly the same across the UK.

It’s perhaps easy to see why the SNP weren’t too keen to mention SRIT before now. If voters thought the Scottish Government was going to get meaningful powers over income tax in the near future, might that have changed how they viewed the two options on September 18? Sure, it would have had little impact on long-standing independence campaigners, staunch Trident opponents or the ex-Labour voters determined to “send a message”, but what about those who genuinely sought a fairer society and were convinced independence was the only way to achieve it?

It’s probably safe to say that some of those who seek a more equal Scotland have been happy to accept a tax freeze for the past eight years, but then council tax is hardly the fairest of taxes, even before banding anomalies, reductions and discounts are taken into account. However, if Scots don’t fancy an income tax raise either – and this week’s poll suggests 90 per cent don’t – then perhaps it’s time for a fresh conversation about how exactly the wealth is to be redistributed in a fairer Scotland, independent or otherwise.

In her maiden speech to the UK Parliament this week, SNP MP Mhairi Black savaged the Tory notion that food banks are an acceptable feature of the third-sector landscape rather than an indication the welfare state is failing. But is it possible that some Scots are happier to donate bags of non-perishables – one of the least efficient forms of redistribution conceivable – than have their income taxed at sourced and redistributed by the government?

Less than a year after a vote that split the country into two camps, the great majority of Scottish people are now united in condemnation of the latest Tory welfare cuts. It must be tempting for the SNP to chastise No voters for their choice and resume their strategy planning for another referendum, but it’s important not to forget the powers Holyrood already has – and has creatively used in the past – to improve outcomes for those hit the hardest by Tory policies. The effect of the so-called Bedroom Tax was neutralised by the SNP and Labour working together and committing millions of pounds. Can similar solutions be found to the problems of destitution caused by punitive sanctions, or child poverty caused by tax credit cuts? Possibly, but it’s not enough for the mechanisms to be in place. If Scotland is to follow its own path – whether as part of the UK or as an independent country – those who seek a fairer society will need to put their money where their mouths are.

A version of this article was first published in The Herald on July 16 2015.